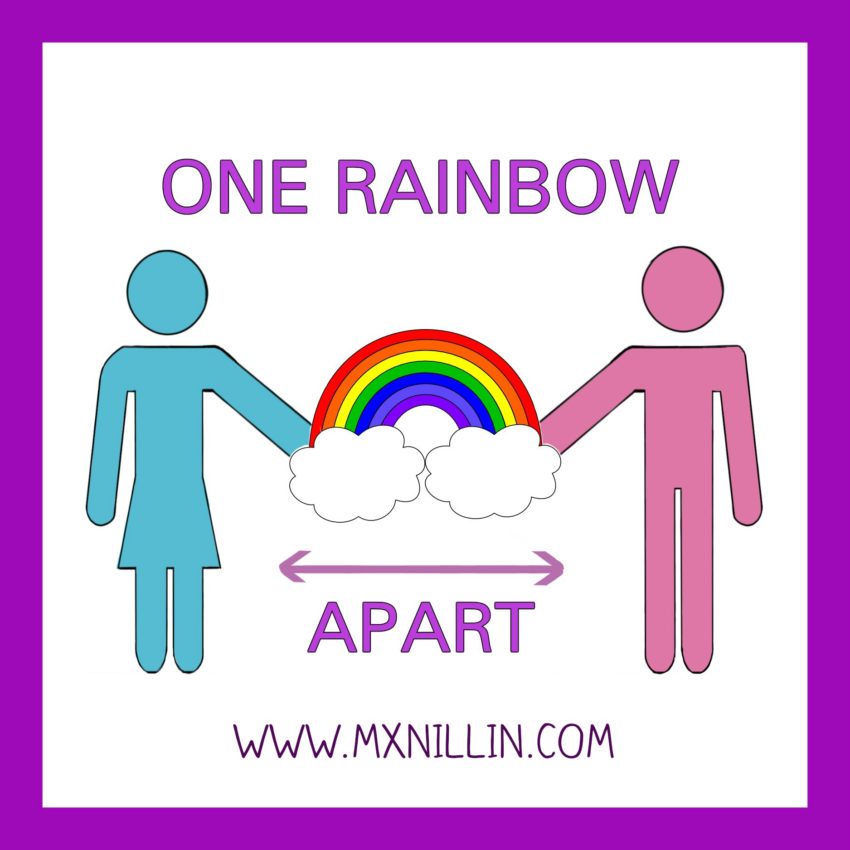 CW: Discussion of Queerphobia and Transphobia

June is generally known as Pride Month (though I’ve never actually been to any Pride in June) and, as anyone engaged in online queer spaces will tell you, this comes with a whole heap of Queer Discourse (TM). I’ve previously written about the commercialisation of pride, which is a popular topic around Pride in countries like the UK and US. Today thought I want to talk about queer visibility, specifically I want to talk about my different experiences as a trans bi person.

I identify as both bisexual and pansexual. Bisexuality is still one of the least visible identities within the queer community, so much so that I started a project aimed at fighting this invisibility. Too often behaviour is mistaken for orientation, so bi+ people will be categorised as gay or straight depending on who they are currently dating. Combine that with poor visibility in media, and the persistent myth (even within the queer community) that bisexuality isn’t real, and we end up in a situation where many bi+ people don’t feel welcome in the queer community and are isolated from the support of fellow bi+ people. At its worst this can be akin to a form of gaslighting, bi+ people are told so often that their experiences are invalid that they end up doubting their feelings and identity.

On the other side of the visibility spectrum I am also non-binary. Being trans is FUCKING HARD, but one problem our community doesn’t have is a lack of visibility. In fact we have the opposite problem, we are in newspapers almost every day (almost always in a negative light), from national politics all the way down to just walking down the fucking street, trans people are hypervisible. While visibility is generally assumed to normalise and humanise queer people, hypervisibility does the opposite. We are exoticised and dehumanised, imagined as part of a nefarious Other. Worse, it paints a target on us, it makes trans people vulnerable to so much hatred.

Being trans and bi means I am caught between hypervisibility and erasure, which each come with their own costs. Seeing the systemic erasure of my identity is so frustrating that I want to scream and scream and scream until I can’t be ignored. But the hypervisibility my transness confers on me is a real danger. Visibility in it’s own isn’t enough, we need good visibility, and that can only take us so far without broader support.

4 thoughts on “Between Erasure and Hypervisibility”